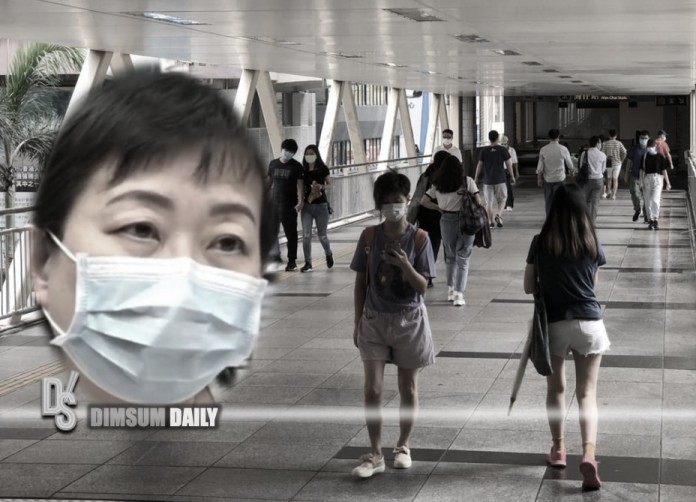 13th September 2020 – (Hong Kong) Dr.Chuang Shuk-kwan from Centre for Health Protection (CHP) announced at 4.30pm today that there are 19 new COVID-19 cases (as of 12am today) with 8 imported cases and 11 local cases. There are also 8 cases which are linked to previous cases. There are 3 cases with unknown sources. 3 cases were detected at Universal Community Testing Programme (UCTP).  Total cases in Hong Kong have reached 4,958.

The 8 imported cases include 5 returnees from India, one of them is a child, 3 domestic helpers from the Philippines who arrived in Hong Kong earlier with 10 others. 5 of the domestic helpers in the group tested positive earlier.

Case No.4946, a 52-year-old man tested positive at UCTP on 10th September. The patient lives at Shan King Estate in Tuen Mun. The patient had a meal with Case No.4938 earlier. He works as a delivery man.

Case No.4947 with unknown source is another patient who tested positive at UCTP. The patient is a 41-year-old Indonesian domestic helper who lives in Lai King with her employer. She went to Mei Foo Sun Chuen Market to buy groceries during incubation period.

Case No.4956 is a 75-year-old retired man who lives in Cheung Sha Wan. The source of infection is unknown.

Dr. Kelvin Lau Ka-hin from Hospital Authority (HA) announced that as of 9am today, 181 confirmed patients were being treated in 19 hospitals of the HA and AsiaWorld-Expo community treatment facilities. Among them, 21 are in critical condition, 9 are in serious condition, and 151 are in stable condition.

17 COVID-19 confirmed patients were discharged from hospital in the last 24 hours. A total of 4,630 patients with confirmed or probable infection have been discharged so far.

Meanwhile,  Secretary for the Civil Service Patrick Nip said this morning that the one-off universal community testing programme is to help the government understand the infection situation in the community and also to identify and isolate those infected, especially those asymptomatic cases, so as to help us end the current epidemic. In future, with the enhanced and increased testing capacity, he is sure that we will focus on target group testing or do rapid and large-scale testing when there are cluster outbreaks. That would be the strategy and approach.

The Department of Health and the Hospital Authority will continue to do their epidemiological testing as they have been doing all along.  As regards to the cost of the Universal Community Testing Programme, the Central People’s Government provides us with the setting up of the lab, and the personnel that do the testing. That cost would be borne by the Central People’s Government. The Hong Kong SAR Government basically would be responsible for the cost incurred in the setting up of the community testing centres, the honorarium paid to the healthcare staff and also the administrative support staff, the cost incurred in logistics, in supplies, in security, in cleansing and all that. As the scheme is still on going, the government would report on the cost of this programme after the programme is finished.